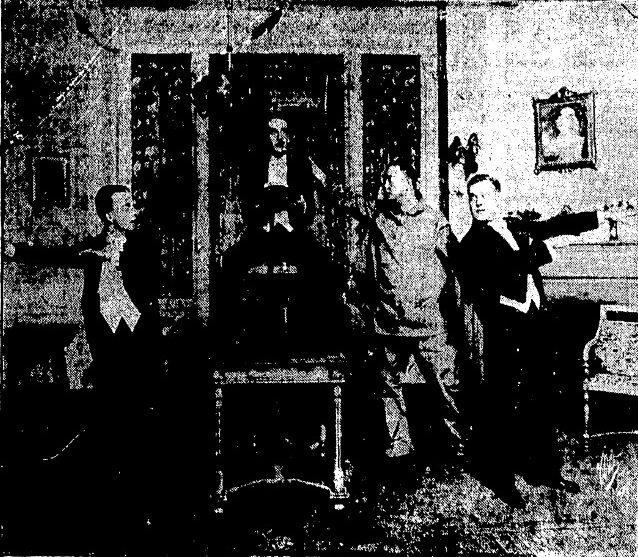 The pages of the Illinois State Journal and Illinois State Register were full of predictions about the year to come. Businesspeople were optimistic. Among those the Register quoted was Joseph Bunn, president of the State Bank of Springfield, who said:

The facts are that everybody has money and it doesn’t seem to make much difference what the price is, one can sell anything. People who would hesitate ten years ago about paying more than ten dollars for a suit now pay fifty or sixty dollars without protest.

The Springfield Fire Department eliminated the last of its horse-drawn equipment in 1919 in favor of motorized rigs. As a result, Fire Chief Peter Jacobs said, total fire damage in the city fell from $209,000 in 1918 to $70,000 in 1919, even as the number of fire calls increased by almost 20 percent. According to the Journal’s report:

The value of the motorized equipment cannot be estimated too highly, it was stated. Day after day the firemen respond to alarms with the automobile apparatus and arrive at the scene of the fires before horses could get a start. This has saved thousands of dollars every month to property owners in the city.

In a related story, both newspapers reported Jan. 1 that Edward Holvey, a firefighter at Engine House No. 1, had been recommended for an Andrew Carnegie heroism medal. Holvey had rescued a 16-year-old, Edward Smith, who fell 100 feet at the Statehouse on Aug. 6.

Young Smith, who recovered from injuries (originally) believed to be fatal, fell from the loft above the elevator shaft. … His body was lodged in a narrow space between two walls, and Holvey only reached the boy after lowering himself one hundred feet. He tied the rope around young Smith’s body and the lad was pulled to safety.

Both births and deaths saw declines in Sangamon County from 1918 to 1919, according to the papers. The reason for fewer deaths was simple: more than 500 people had died of influenza in the county in 1918; 1919 saw far fewer flu cases. (No one was aware, of course, that flu would hit Sangamon County again in early 1920, though also in weaker fashion.) Authorities were at a loss to explain the 1919 decrease in births.

The nationwide start of Prohibition in October 1919 showed early promise, according to the papers. Springfield had been officially dry since 1917, although many saloons — converted, ostensibly, to “soft drink parlors” – continued to operate with virtually no changes.

The Journal, however, suggested that enactment of the federal Volstead Act in October 1919 had a bigger effect on liquor traffic.

The difference was obvious in local arrests for minor offenses, mostly alcohol-related, the paper theorized. According to Springfield Police Department records, arrests fell from 2,023 over the last six months of 1916, when saloons were legal, to only 949 during the second half of 1919.

The Register, meanwhile, published a front-page article Jan. 1 in which the anonymous writer lamented that New Year’s “watch parties” the evening of Dec. 31 had been far more subdued than when liquor was legal.

Last night, with many a sigh, scores of the residents of the Capital city wearily climbed the stairs to their little bed rooms and went to sleep, and did not even wake to hear the noise at midnight, which formally ushered out the old year and welcomed the new. … Of course there was some celebrating, but it wasn’t just the same.