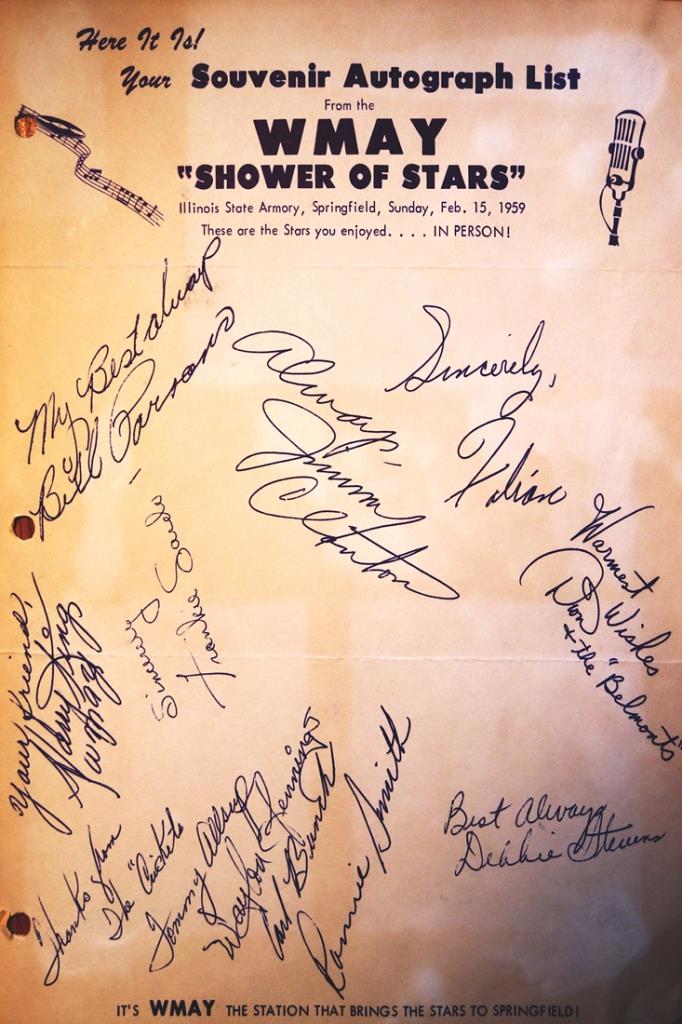 Souvenir page with autographs of performers who appeared on WMAY’s Shower of Stars on Feb. 15, 1959. (Private collection)

This entry has been edited to correct the date of the plane crash that killed Buddy Holly, Ritchie Valens and the Big Bopper.

On Feb. 15, 1959, the curtain opened on the stage of the Illinois State Armory, and Harry King of WMAY radio introduced the performers for that evening’s Shower of Stars broadcast. The Armory floor was crowded with teenaged boys and girls who had come to see the main attraction, a 16-year-old rock-and-roll newcomer known as Fabian.

But the excitement couldn’t mask a sense of melancholy. Fabian was a last-minute addition to the Shower’s lineup. He was hired to fill in after the originally featured performers – Buddy Holly, Richie Valens and J.P. “Big Bopper” Richardson – were killed in a plane crash a week earlier, an event that came to be known as “the day the music died.” 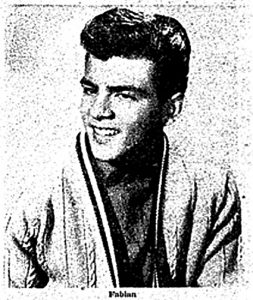 Fabian (born Fabiano Forte in Pennsylvania) was still a high schooler, but already on his way to becoming a teen idol. A string of hit records and movie roles propelled him to stardom by the early 1960s. Before the Armory show, Illinois State Journal entertainment writer Wayne Allen asked Fabian if being on the road distracted him from schoolwork. The singer dutifully replied that his time on the road was used to “keep up with my studies.” He graduated from South Philadelphia High School in 1960.

The Shower of Stars was an on-going presentation by WMAY during the late 1950s and early ‘60s. Each show consisted of two performances, at 2 and 7 p.m. Both sets featured live music, and the station broadcast both. Tickets were available by writing to WMAY, at some local music and record stores, and through Kiwanis Key Clubs, like the one at Lanphier High School.

WMAY had hosted singer Connie Francis at the Armory in December ’58. Three other performers on that bill included the all-woman singing group The Poni-Tales (“Born Too Late”) and Dickie Doo and the Don’ts with their now-forgettable number, “Nee Nee Na Na Na Na Nu Nu.”

One of the three local merchants sponsoring the December show was The Platter, a Springfield record store that was a hub for pop and jazz music. Its owner was Charlie Salvo.

“Shows were booked on Sunday because it was cheaper to secure the performers,” Salvo said in 2019. “As a sponsor for the Shower of Stars, we (and WMAY) guaranteed payment of performers.”

Proceeds from each program went to a community organization. For the show with Connie Francis, half the earnings went to Cathedral High School. 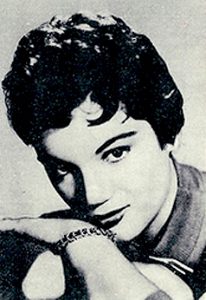 Francis had agreed to sing in Springfield for only $500, but in between the contract signing and December 1958, she became a legitimate star. As a result, Francis’ agent demanded thousands of dollars for the Armory performance. If she didn’t get the extra amount, Salvo was told, “she’d fall ill.” Salvo responded that Francis had signed for $500, “and that’s what she’s getting.” Reluctantly, her agent gave in.

The winter of 1958-59 was brutally cold across the Midwest. Sangamon County had consistent single-digit temperatures, and both the Sangamon River and Lake Springfield were frozen solid, to the point that skating was possible in some areas.

On Jan. 25, 1959, WMAY announced the line-up of its next Shower of Stars performance in February. That same day, a tour bus left the bitterly cold plains of Wisconsin and headed to (an equally freezing) Mankato, Minn. The riders were rock-and-roll musicians performing as the Winter Dance Party; they were on the second day of a three-week Midwest tour. Inside the bus, a broken heating system plagued the riders.

Perhaps the foremost talent on that frosty bus was Buddy Holly (born Charles Hardin Holley in Lubbock, Texas), with his band, the Crickets. Holly had separated from his manager and the original Crickets by this period. To join the tour, he reconstituted his backing group (still called The Crickets) to include new members – among them a bass guitar player named Waylon Jennings, who would become a megastar in country music two decades later. 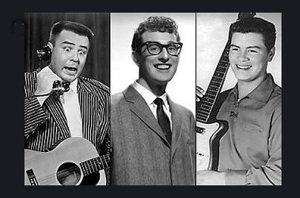 The Winter Dance Party performed its scheduled show at Clear Lake, Iowa, on Feb. 2. Rather than get back on the bus that evening, Holly requested a charter flight to take a few band members onward to rest up in Fargo, N.D. — the nearest big city to Moorhead, Minn., their next venue.

After midnight  Feb. 3, under low visibility, pilot Roger Peterson took off in a rented Beechcraft Bonanza carrying Holly, the “Big Bopper” and Valens. The plane quickly went down near Mason City, Iowa; there were no survivors.

Had the three artists not boarded that flight, they ultimately would have played in Springfield, the scheduled final performance of the tour.

When Salvo learned of the crash, he immediately contacted the managers of the Winter Dance Party, asking them to supply more performers.

“To cancel the show would have been a blow to the fans and to the sponsors. We secured a good amount of advance ticket sales,” he recalled. 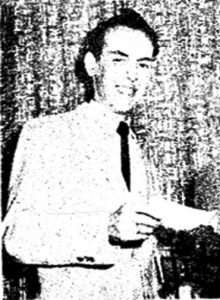 WMAY soon after reported the replacement talent for the Feb. 15 Springfield performance. Added to the line-up besides Fabian were Bill Parsons (“All American Boy”) and Jimmy Clanton (“Just a Dream”). Dion and the Belmonts and singer Frankie Sardo remained from the original tour line-up. Despite Holly’s death, the Armory roster also retained The Crickets – including, according to a souvenir autograph page from the performance – bass player Jennings.

On the day of the Armory show, Central Illinois entered a warm spell, and the temperature reached the low 40s. A three-mile ice gorge on the Sangamon River broke apart and was headed towards Beardstown; flooding concerns there were front-page news in the Journal.

A dance at the Armory followed the live performances on WMAY. The show’s proceeds went to Sangamon County United Cerebral Palsy.

Fabian told Wayne Allen that he “was proud to be asked” to join the roster of musicians that closed the Winter Dance Party.

Shower of Stars performances were held in the Orpheum Theater in the summer of 1959, probably prompted by the “cool comfort” of the Orpheum’s air conditioning system. It appears the last WMAY Shower of Stars, featuring country music stars Patsy Cline and Jimmy Dean, was at the Armory in March 1962. It benefited the Springfield Boys’ Club. Ironically, Cline would die on tour in an airplane accident one year to the month following her Springfield performance.

For more information on the Winter Dance Party tour and its tie-in to rock and roll history, see https://www.rollingstone.com/music/music-news/the-last-days-of-buddy-holly-93571/

This entry was posted in Amusements, Communications, Media. Bookmark the permalink.