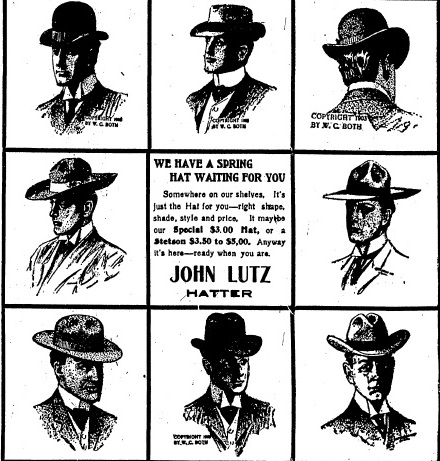 Hats were a high-fashion item for men in 1904, and John Lutz, one of downtown’s longest-lasting hatters and haberdashers, offered a lot of choices. 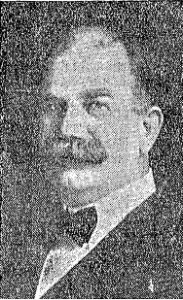 “Mr. Lutz’s extensive acquaintance and his many years of connection with the business made him one of the best known and most prosperous merchants in the city,” his obituary said.

In January 1925, however, a fire at Furlong Dry Goods next door did $11,000 worth of smoke and water damage to Lutz’s stock. That probably contributed to John Palmer Lutz’s decision to close the haberdashery six months later.

As of 2018, the location was part of the Delano Law Offices building, 1 SE Old State Capitol Plaza.