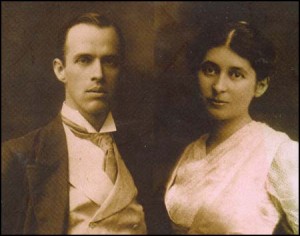 Journalist and socialist William English Walling and his wife, Anna Strunsky,  rushed to Springfield as soon as they heard of the 1908 Springfield Race Riot.

“We at once discovered, to our amazement, that Springfield had no shame,” Walling wrote in his ensuing article on the violence. “She stood for the action of the mob. She hoped the rest of the negroes might flee. She threatened that the movement to drive them out would continue. …”

Walling’s impassioned article, which appeared in The Independent magazine less than a month after the riot, became a rallying cry for supporters of civil rights for African Americans. Walling and New York activist Mary White Ovington then decided to form the National Association for the Advancement of Colored People; the first meeting of the NAACP was held on Feb. 12, 1909, the centennial of Abraham Lincoln’s birth.

This entry was posted in African Americans, Race riot of 1908. Bookmark the permalink.