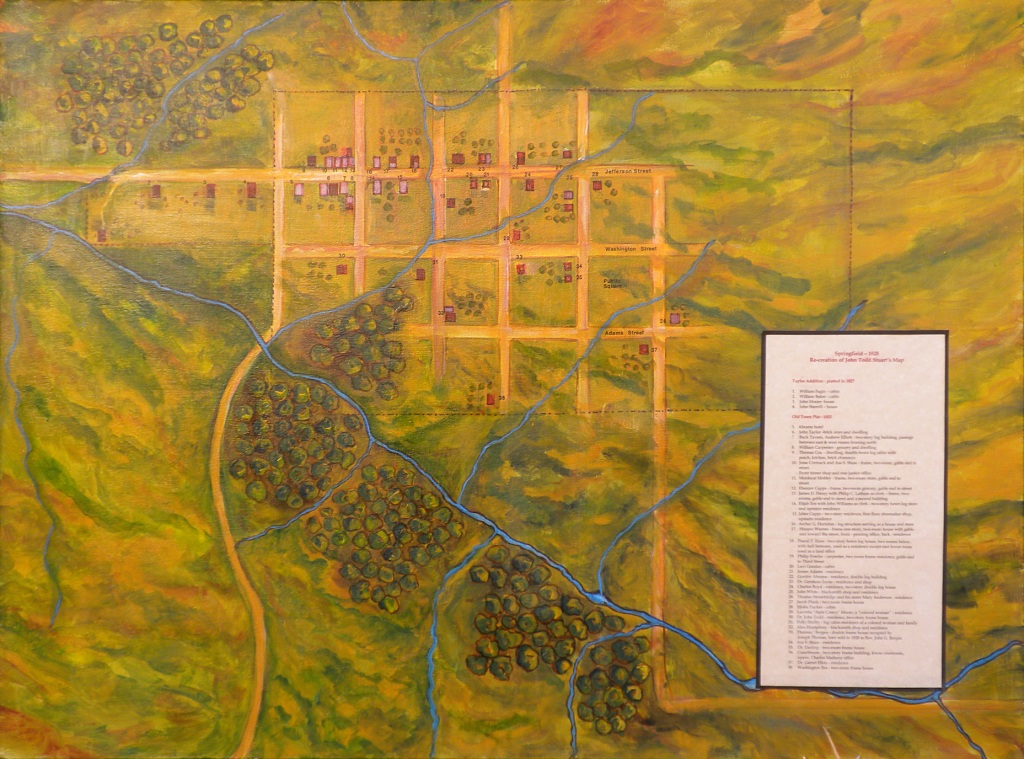 The map above, which gives a sense of Springfield’s layout in 1828, is a reconstruction based on two primary sources: the reminiscences of Zimri Enos, contained in Papers in Illinois History and Transactions of the Illinois State Historical Society for the Year 1909; and a speech given by John Todd Stuart to the county Old Settlers Reunion on Sept. 4, 1877.

The map was painted by Sonia Lang in 2008 for the Elijah Iles House exhibit , “Springfield as an Urban Frontier, 1818-1836,” sponsored by Farrell Gay.  The map interpretation was by Linda Garvert of the Sangamon Valley Collection at Lincoln Library.  The original of the painting is in the Iles House.

Viewing note: Click on map, then click magnifier to see map numerals. The legend will still be difficult to read, but here is the text:

18. Pascal P. Enos – two-story hewn log house, two rooms below with hall between, used as a residence except east lower room used as a land office