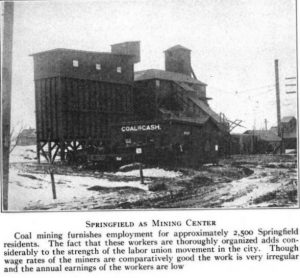 Sangamon County’s first labor strike failed, but it was only the first step in a coming struggle between business owners and the growing power of unionized workers.

The issue in December 1872 was a demand by the county’s coal miners for a raise in the rate they were paid per bushel of coal. An estimated 400 miners from the five mines operating in the Springfield area met at Oak Ridge Park (today’s Lincoln Park) at 10 a.m. on Dec. 13, 1872. Here is part of the Illinois State Journal’s report.

After the organization of the meeting, the subject of an advance in the price of mining coal was discussed, and it was unanimously decided to demand of the proprietors of the various coal shafts an advance of one cent per bushel on all coal raised after Thursday next. The weather being cold, the miners, after agreeing to the above proposition, adjourned.

During the afternoon a meeting was held in the hall over Kelley’s grocery store, corner of 5th and Jefferson streets, for the purpose of receiving those who wished to join the “Coal Miners’ Union.” The subjects were freely discussed and the meeting was conducted in the most orderly manner. For the information of our numerous readers we would say that the miners now receive four cents per bushel for mining coal, and on and after Thursday next they will demand the extra cent per bushel.

Owners of the five mines rejected the pay demand, saying a 5-cent rate would be higher than that paid elsewhere in the state and would make Springfield coal too expensive to compete in outside markets. (The local retail price for coal was 11 cents a bushel.)

Alexander Starne (1813-86), owner of the West End mine , made the owners’ case to his workers in a meeting Dec. 18. The Illinois State Register described Starne’s arguments.

He showed them from his books that the average wages of men in his mine was between $100 and $150 per month for about eight hours labor per day. He showed them that they were demanding more than was paid elsewhere in the state, and if the demand was acceded to, no coal could be sold out side of the city in competition with mines where a less price was paid, and that only the local trade could be supplied, and that that would only give employment to a very few men. He … showed them by comparative figures how much more profitable their labor was than that of any other class of laboring men, or mechanics. He admitted that every man had a perfect right to demand whatever he saw fit for his labor, but that no man had a right to exert a forcible influence over any other in regard to the price of his labor, and promised the fullest protection of the law to all who would return into the pit at the old prices.

After his remarks the miners dispersed and talked in groups for a time, but none were willing to go to work, and this morning nobody was in the pit except about twenty-five laboring men, who refused to quit.

Most miners stayed out of the other local mines too – the total number of strikers came to as many as 500, the newspapers estimated. 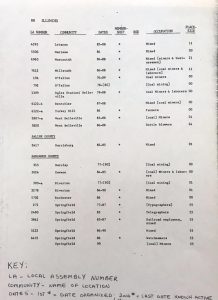 The owners’ comparison of miners’ pay to those of other occupations was probably true – when the miners worked. But, since demand for coal dropped sharply during hot weather, coal mines were shut down for much of the year.

That was still true 40 years later, when the Springfield Survey studied industrial conditions locally. The survey found that miners – even though they by then were represented by the powerful United Mine Workers union – were out of work about one-third of the year.

“The net result of these conditions is that miners’ incomes, which when judged by wage rates appear to be liberal, are reduced until it is impossible in the case of many of the men to supply an average family of five or six with the reasonable necessities of life,” the survey found.

Of course, on their part, the miners in 1872 timed their wage demand for the start of cold weather, when the threat of a strike gave them maximum leverage. As the Register noted, “Where the matter will end it is not easy now to see, but in view of the very serious consequences that would ensue from a fuel famine, it is to be hoped that the strike will not be of long duration.”

Newspaper accounts also show that the concepts of labor unions and strikes were new ideas for many in 1872. The Register especially was anti-union, publishing a page-1 editorial Dec. 31 that said:

The owners made noises about importing Chinese workers from the West Coast to replace the strikers, and the owners of the North Mine apparently did hire local African-American miners. “We are told they make excellent miners,” the Register reported.

The combination of strikebreakers, both black and white – including some former union members – and importation of coal from the Danville area ended the strike three weeks after it began. The Register gloated:

We understand nearly all the miners have resumed work at the old prices. This is wisdom and will be good news and satisfactory to all persons. The miners should never have consented to the strike in the first place. … Strikes are not the proper methods of adjusting differences between employers and employes, and are usually inaugurated by men who do not labor, but who make their living by bossing and instigating strikes – men who know little or nothing of the justice of the demands of either side involved in the controversy. 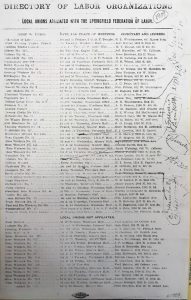 Despite growing miner militancy elsewhere in Illinois and around the country, Sangamon County mine owners held the upper hand for the rest of the 1870s. By November 1879, when local miners again threatened a strike over pay, the rate paid to dig coal had dropped to 3 cents a bushel.

This time, however, the owners of the eight Springfield-area mines agreed to raise their rate to 3½ cents. Simultaneously, they announced a 1-cent per bushel increase in the retail and wholesale prices of coal.

Springfield-area mines in 1872-73 (reported in the Jan. 1, 1873 Journal)
South Mine, owned by “Messrs. Loose & Crabb”
North Mine, “Messrs. Hickox and others”
West Mine, Alexander Starne & Sons
Howlett (Riverton), no owner listed
Barclay, no owner listed

A Guide to Local Assemblies of the Knights of Labor by Jonathan Garlock (undated) found 11 assemblies were formed in and near Springfield between 1877 and 1890. In addition to coal miners, trades represented included printers, watchmakers, telegraphers and railroad employees.

Horseshoers Union Local 68, ready for a parade in the 1890s (Sangamon Valley Collection)

By 1909, a list compiled by the Springfield Federation of Labor totaled 68 union locals. Twenty locals represented coal miners; among the others were unions for cigar makers, ice wagon drivers, horseshoers, and the Women’s Trade Union League.

This entry was posted in Coal mines and mining, Labor unions, Springfield Survey. Bookmark the permalink.