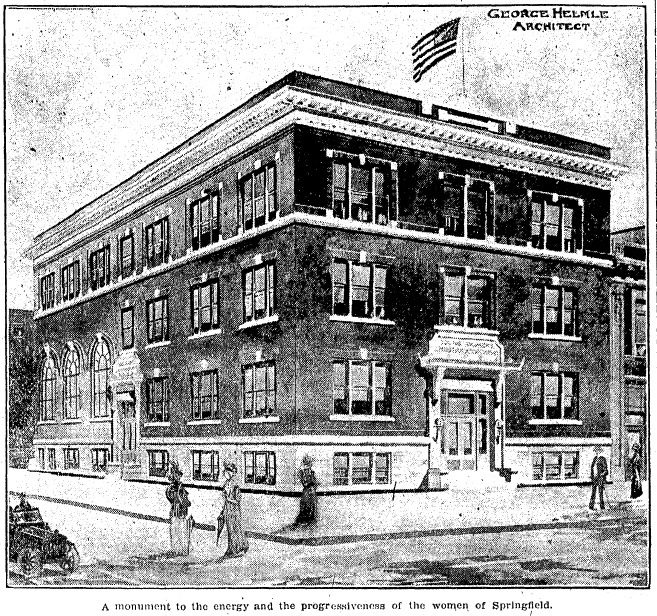 Springfield’s former YWCA building, on the verge of demolition, was built in the afterglow of evangelist Billy Sunday’s six-week-long local revival in early 1909.

In his colorful way, Sunday had called out Springfield on its lack of attention to women’s organizations.

You great big bunch of sneaking, white livered boobs, letting your women folks run about the streets at night and eat their noon day lunches up some side alley. My God, if there was a man in this town with a spark of decency in him this city would have a Young Woman’s Christian Association.

Ignoring Sunday’s now-anachronistic suggestion that men were necessary to form a women’s group, the response was immediate and overwhelming. At a mass meeting in April, 1,300 women signed up for YWCA memberships ($1 apiece) and 21 women took out $100 life memberships. The Illinois State Register sized up the reaction in 1918:

“Springfield had never started anything that was half so popular. The Young Woman’s Christian Association paid for itself from the start and is now one of the most prosperous institutions in Springfield.”

The organization found a temporary home on East Adams Street, in a building once occupied by the defunct Springfield Evening News. But, the Register wrote:

From the very beginning … girls and women clamored for membership and when the cafeteria was opened both men and women came by the hundreds for their noon day lunches. So rapid was the growth that the capacity of the small building was soon over-taxed and plans were immediately put under way for the erection of a building. 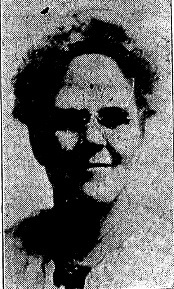 In 1910, the YWCA hired Mae Bambridge from Toronto, Canada, as its general secretary “for the especial purpose of helping to raise funds for a large building.” The choice was a smart one. “Big subscriptions literally poured in,” the Register said.

The fledgling organization bought a lot at Fifth and Jackson streets and laid the cornerstone for its new building on June 29, 1912. Construction moved quickly, thanks partly to cooperation by union workmen, and the structure, designed by George Helmle, opened in March 1913. The entire cost – $24,000 for the lot, $76,000 for construction and $8,000 for furnishings – had already been pledged, allowing the YWCA to move in with no debt. Five years later, the Register pronounced the building a success.

(E)very phase of work or recreation that touches a girl’s life are carried on under department heads with trained workers in charge. Religious, social, physical recreation, and classes in domestic science, languages and the various arts have been carried on successfully. …

The building now is regarded with intense civic pride by the city of Springfield. The great auditorium on the ground floor is used for a great many public meetings and club gatherins and the association is always a center from which radiates a large number of the progressive movements of Springfield.

Mae Bambridge resigned as general secretary in 1921 to return to Toronto. 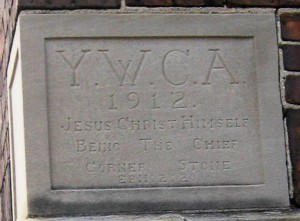 A fire badly damaged the basement and first floor of the building in May 1949. Using undamaged portions of the building where possible, along with some temporary quarters elsewhere, programs continued, and the remodeled building fully reopened the next year. Aside from extensive fireproofing and new heating, plumbing and lighting, the main change following the fire was a move of the main entrance to Jackson Street from Fifth Street.

The YWCA remained a mainstay for women’s programs for several decades more – the group had more than 3,000 members at the building’s 50th anniversary in 1963. 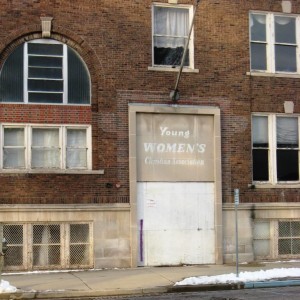 However, membership eventually started to slip, and the Springfield YWCA, facing growing maintenance costs, sold the aging building in 2007. Attempts to repurpose the structure by several succeeding owners failed. Despite objections by historical preservationists, the Springfield City Council took steps in early 2016 to demolish the old YWCA building.

Meanwhile, the YWCA’s remaining programs were absorbed by the Springfield Urban League in 2009, a century after Billy Sunday’s preaching led to the group’s founding.