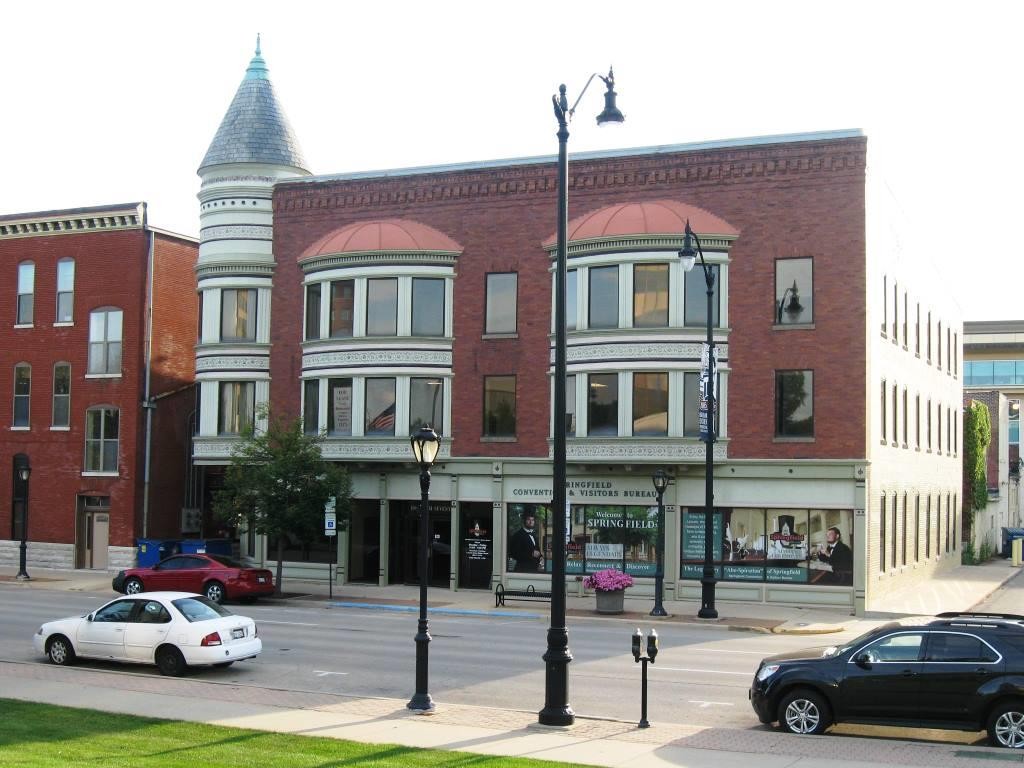 Although overshadowed by larger, more lavish hostelries, like the St. Nicholas, Abraham Lincoln and Leland hotels, smaller hotels and boarding houses dotted downtown Springfield during much of the 20th century. Some catered to traveling salesmen, while others housed more or less permanent residents.

The last and longest-lived of downtown’s classic rooming houses was the Grand Hotel, 109-11 N. Seventh St., which had sunk to the level of a flophouse by the time it closed in December 1987. In its last years, the Grand was a regular locale for items in the newspaper’s Police Beat columns, usually involving drugs, thefts and petty crime.

“There was first and always the irony of the name: the Grand Hotel was anything but,” the State Journal-Register’s Mary Nolan wrote in a Dec. 19, 1987 obituary for the old hotel.

The former hotel building, now the home of the Springfield Convention and Visitors Bureau, was rehabilitated to largely resemble its original Queen Anne design. 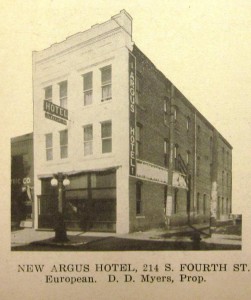 The Argus Hotel (this and others below from Springfield: The Capital of the State of Illinois, 1912; courtesy Sangamon Valley Colllection)

In an earlier (1988) historic designation application for the former Grand Hotel, the late Charles Kirchner identified 71 downtown hotels that had been founded or were operating over the period from 1907 to 1916, the Grand’s first decade. That list  is reproduced below.

Many of the buildings served as hotels for years, even as the names of the hotels and their owners changed frequently. (The Grand was among hotels that changed names over their lifetimes. It  was renamed the Roosevelt Hotel in August 1933, presumably to honor Franklin D. Roosevelt, who had been inaugurated as president the previous March. It reverted to the Grand name in 1939.)

Both the list and map can be found in the Sangamon Valley Collection at Lincoln Library. Dates in parentheses show when a hotel opened.

Kirchner’s original list includes the decade when each hotel went out of business; that information is not included below. The map showing hotel locations also is taken from Kirchner’s work.

Hotels in business or established in downtown Springfield, 1907-16 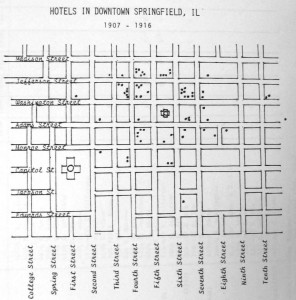 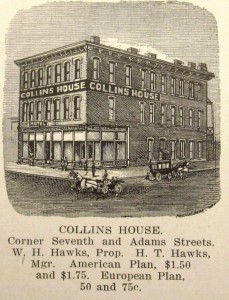 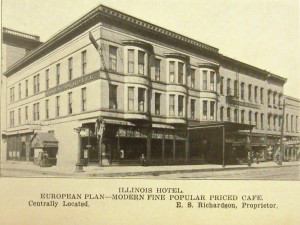 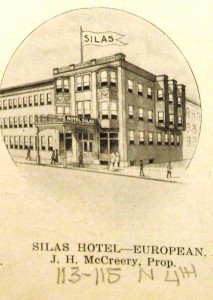 Also: The Jefferson House, 700-02 E. Washington St., was caricatured in a painting by laborer John Mahony in 1885. See “The Power of Music”: Jefferson House hotel.

Note: This entry has been updated with additional photos of hotels found in Springfield: The Capital of the State of Illinois, 1912. This entry also has been edited to correct the date of the founding of both the St. Nicholas Hotel and the Illinois Hotel and to reflect the 1930s’ name change of the Grand Hotel. Finally, the date given here (1898) for the opening of the Hotel Normandie appears to be inaccurate. See the Hotel Normandie entry (linked above) for more information.

This entry was posted in Buildings, Business, Hotels & taverns, Maps. Bookmark the permalink.