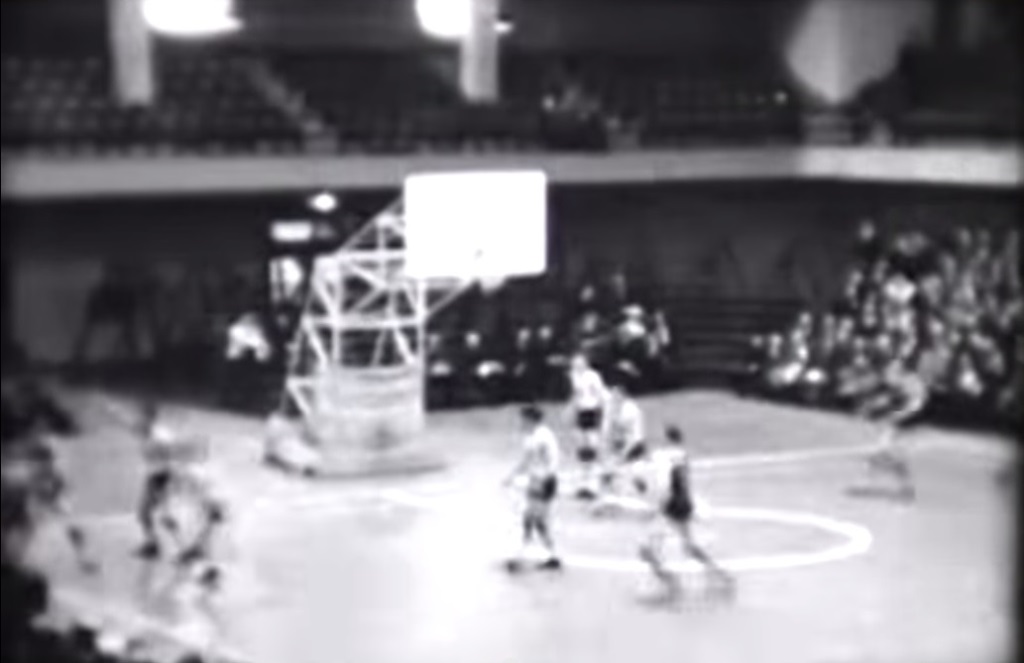 H.V. Porter, who made his biggest mark on sports by inventing the laceless, molded basketball and standardizing the rules of the game, was assistant director of the Illinois High School Association from 1928 to 1940. In that role, he also filmed a number of basketball games, including two games in which Springfield High School played during the 1933 state tournament — the semifinal against Hutsonville and the championship game, which SHS lost to Harvey Thornton.

The IHSA has posted two YouTube videos taken from Porter’s films – a 10-minute narrated introduction and an 85-minute version that contains portions of 16 games (without narration but with Porter’s original title cards). The films cover the state basketball tournament from 1932 to 1936.

The shorter video includes snippets of two SHS games in the 1933 tournament. The longer one also includes SHS’s semifinal game against Moline in 1935, when Springfield High won the tournament. SHS beat Thornton in the final that year, but the YouTube video doesn’t show the championship game.

In the 1933 finals, SHS employed a slowdown system in hopes of throttling Thornton’s high-powered offense, led by future baseball Hall of Famer Lou Boudreau. It almost worked. Thornton had to hold off a fourth-quarter SHS surge to win by 14-13.

The Illinois State Journal’s longtime sports editor, Bob Drysdale, described the end of the game, with Thornton holding a 14-9 lead.

… Frazee sank two fielders, both from out near the free throw circle with lanky Thornton guards hanging on him.

Then came Urbanckas for Frazee and Springfield made its last bid, a lightning tipoff play. Halberg got the ball under the hoop, but was smothered and his shot rolled over the hoop as the gun sounded, blasting the hopes of several hundred fans, who nevertheless rushed onto the floor, cheering their favorites as enthusiastically as if they had won.

Halberg was sobbing and the rest of the team was near the same state. 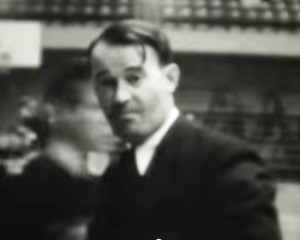 Peterman at the 1933 tournament (IHSA capture)

Springfield High’s coach was Mark Peterman (1898-1968), who, in addition to the 1935 title, had coached the 1928 champions from Canton High School. Peterman, who coached SHS from 1929 to 1947, was named one of the 100 Legends of the IHSA Boys Basketball Tournament in 2006-07. He also is a member of the Springfield Sports Hall of Fame and the Illinois Basketball Coaches Association Hall of Fame.

Peterman later was chairman of the Sangamon County Board of Supervisors and the unsuccessful Democratic candidate for lllinois superintendent of public instruction in 1954.

H.V. Porter (1891-75), who began his career as basketball coach at Athens High School, was named to the Naismith Memorial Basketball Hall of Fame in 1960.

This entry was posted in Education, Media, Schools and school districts, Sports and recreation. Bookmark the permalink.