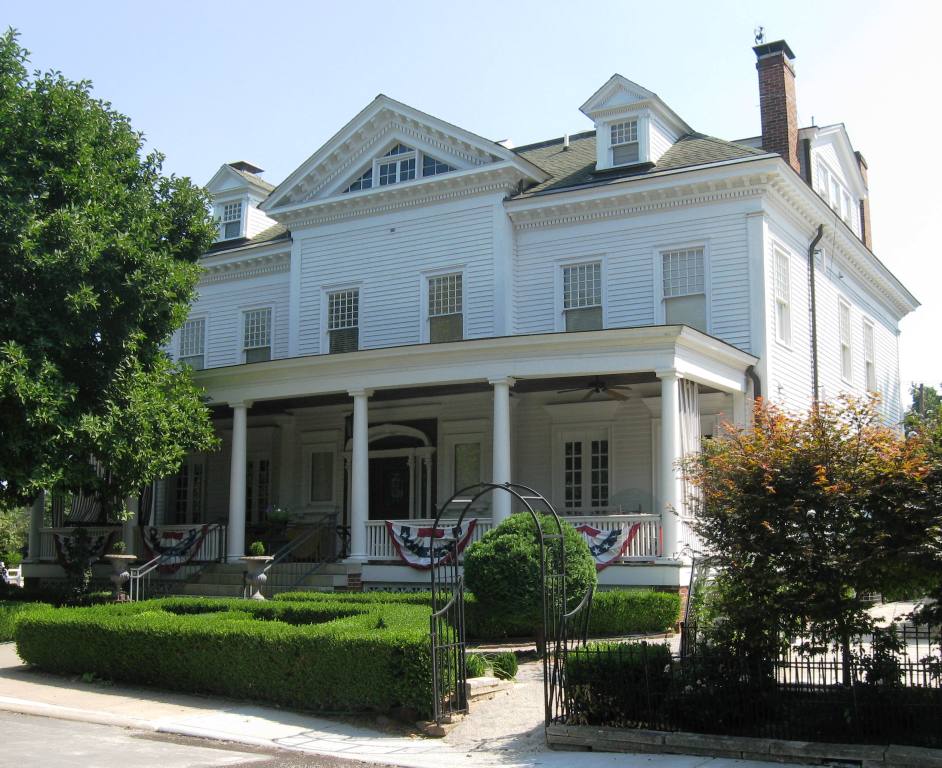 In 1896, at age 26, George Pasfield Jr., the third in a line of George Pasfields who played major roles in the growth and development of Springfield, began construction of a new residence at Jackson and Pasfield streets.

The home was located at the entrance to the Pasfield family estate, land originally purchased by Pasfield’s grandfather in the 1840s, and overlooked the family home where his father still lived. Even in 1896, the home was at the western edge of Springfield’s business district.

Pasfield’s mansion was built in a Classical Revival style that was popular after the 1893 World’s Columbian Exposition in Chicago. Pasfield’s wealth enabled him to build fashionably in contrast to the Queen Anne-style, gingerbread homes then occupying Springfield’s Aristocracy Hill. Unlike the typical Queen Anne homes, which were by definition asymmetric, Pasfield’s home exemplified the symmetrical elegance of Georgian design popular one hundred years earlier.

The mansion featured a grand central staircase and a large veranda reminiscent of antebellum plantations. The detail present in the house’s columns and overall design clearly were the product of an architect and not merely a design taken from a book of plans, as was frequently done at the time.

After Pasfield’s death in 1930, the home was sold by the family and subsequently divided into apartments. In the 1990s, local businessman and former clerk of the Illinois House Tony Leone purchased the home and began an extensive rehabilitation to return the home to its former glory. Shortly after the rehabilitation was completed, a local appraiser stated, “The house is restored to a standard by which every Springfield restoration project will be judge in the future.”

This entry was posted in Architecture, Historic Sites, Hotels & taverns. Bookmark the permalink.

2 Responses to The Pasfield House