Excerpted from “An Immigrant Childhood,” written by Ann Tisckos Wisnosky and republished on Sandy Baksys’ Lithuanians in Springfield web site. 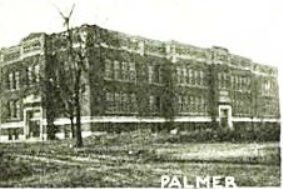 When we started Palmer School, we were looked upon as “those foreign kids” and sometimes called names. Other ethnic groups had the same problem. It gave us a deep sense of not belonging in the outside world. Our real world was the family, neighborhood, and church.

To add to our educational hurdles, few parents could help with school lessons, for most knew only their native language, manners and customs. Father (Jonas Petras Tisckus) had learned to read and write by now, but Mother (Alexandra Urbas) had not. She did learn to write her name and do some reading later through classes held in the homes of immigrants.

The free public school system was an overwhelming joy to Father, compared to the suppression of education he had endured in czarist Lithuania. As we began school, Father told us, “Tas kas skaita ir rasa, duonas ne prasa.” (“The one who reads and writes does not ask for bread.”) 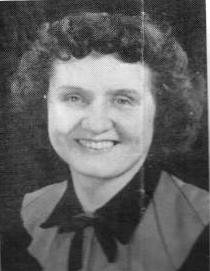 Study was encouraged, and teachers were respected. There were some fine, dedicated and very helpful teachers at Palmer School who understood the problems the frustrated foreign children faced. They encouraged the use of the Lincoln Library, where pupils were introduced to stereoscopes and free books that could be taken home to enjoy. Most immigrants had few, if any books at home.

On wet days, teachers let children huddle near radiators to dry stockings, while shoes were drying nearby. Many pupils had wool stockings, mittens, hats, scarves, and sweaters, but few owned boots.

One freezing winter day, Mother sent me to school with feathers stuffed in my stockings for warmth. Each time a feather stuck out, I bent to pull it free. Finally, the teacher, in a rare moment of exasperation, rapped my knuckles with her ruler.

Mother was tearfully told that afternoon that “no other second-grader wore feathers to school.”

Editor’s note on Palmer School: The school, 1200 E. Reynolds St., originally was called simply the First Ward School. It was renamed in honor of John M. Palmer, governor from 1869 to 1873, in the early 1880s. Ann Tisckos Wisnosky and her siblings would have attended the new Palmer building, which was dedicated in 1914. Palmer Elementary School closed in 1974, and the building has been demolished.