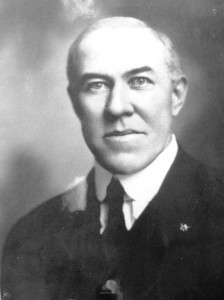 Duncan McDonald (1873-1965), while not as well-known as John L. Lewis, was almost certainly more principled as both a United Mine Workers leader and a politician.

McDonald’s 20 or so years as a labor leader in Illinois were during a particularly trying time.  Organized labor was in its infancy, and power struggles, factionalism and other growing pains were common. McDonald found he often had to do battle with other union leaders as well as with the mine operators. Having been a long time socialist, he felt there was too much bureaucracy in labor leadership, and that it was inefficient.  He despised the corruption and hypocrisy he saw among the leadership, and was quick to mention it.

McDonald, who began work in Illinois coal mines at age 11, had little education, but rose to become president of Illinois’ division of the United Mine Workers of America and later president of the Illinois Federation of Labor. He was part of the committee that oversaw distribution of compensation to the families of the 259 miners killed in the 1909 Cherry Mine Disaster, and he also served on the oversight committee for the 1914 Springfield Survey.

Of the Cherry Mine compensation, McDonald wrote in his unpublished autobiography (manuscript available at the Abraham Lincoln Presidential Museum):

The amount was not large only twenty dollars a month for a single widow and five dollars for each child. As the widows remarried, they were given one hundred dollars as a wedding gift and final payment. … In addition to the payments hospital and medical aid was given. One family was sent to Arizona and one to France. Children were provided for in an educational way and all in all the scheme worked out very well. The fund lasted almost fourteen years before being exhausted.

Politically, McDonald was a committed socialist — he belonged to the Socialist Party and then helped organize the short-lived Farmer-Labor Party in 1919. As the F-LP’s candidate for Congress in central Illinois, he received 11 percent of the vote in 1920 and 6 percent in 1922.

McDonald was even nominated as Farmer-Labor’s candidate for president in 1924, although it was a token honor.

“I had no desire to accept the nomination for any position,” McDonald said in the autobiography. “(F)inally to permit the convention to proceed and me to get some sleep or eat in peace I agreed to accept with the definite understanding that if Senator LaFollette (sic) was nominated by the Progressive Party I would automatically withdraw. I had rather definite information that the progressives were going to nominat LaFollette so I was on safe ground.”

Wisconsin’s Robert La Follette indeed was chosen a month later as the Progressive Party candidate, and McDonald accordingly withdrew from the contest.

Anyway, by 1924, McDonald was tired of constant travel and increasingly unhappy with his union and political work. According to the autobiography (edited for punctuation — ed.):

I was offered a fancy salary if I would return to the labor game but I could not subscribe to a program of murder, stealing ballot boxes, signing contracts with employers undercover, giving the workers a reduction in pay.

My work on the (Farmer-Labor) platform generally was a pleasant experience but it kept me away from home so much and at times one scarcely received sufficient to cover expenses. At last I was free from any obligations so decided to sell the equity I had in my home and go to the west coast. Finally a man having a book and art store where I often looked at books asked me to take over his store as his wife was in bad health, but I neither knew his line or had the means to buy. One day he returned from the First National bank and said the bank would let me have ten thousand dollars on my note. This surprised me, but while I was an official of the miners every bank in town knew that none of the money was glued to my fingers. …

McDonald and his wife Nella operated the McDonald Art and Book Store until Nella died in 1959. 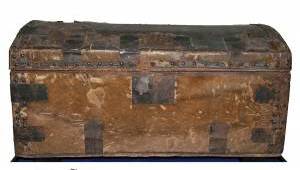 The previous owner, Harry Barker, had dealt in Abraham Lincoln artifacts, and part of the inventory the McDonalds acquired included the law library that once belonged to Lincoln and his last partner, William Herndon. Lincolniana remained a major part of the store’s business until it closed.

McDonald never quite gave up his social and political ideals, however. Chronicling Illinois summed up his later life:

Settling down to a less demanding schedule did not mean McDonald removed himself from politics and labor entirely.  He supported Willis Spaulding in promoting the development of a city-owned electric plant for Springfield during the late 1920s and early 1930s.  He was a member of the Springfield Liquor Commission in 1934-1935.  He spoke at the dedication of the monument to “Mother” Jones in Mt. Olive, Illinois, in 1936.  He sought the Republican Party nomination to run for congressman in 1940. He continued to read and write, espousing opinions on a wide variety of political and economic topics. His experiences as a labor leader, as well as his experiences working in the mines, gave him a unique perspective from which to comment on politics and economic policy.

The McDonalds are buried at Oak Ridge Cemetery.