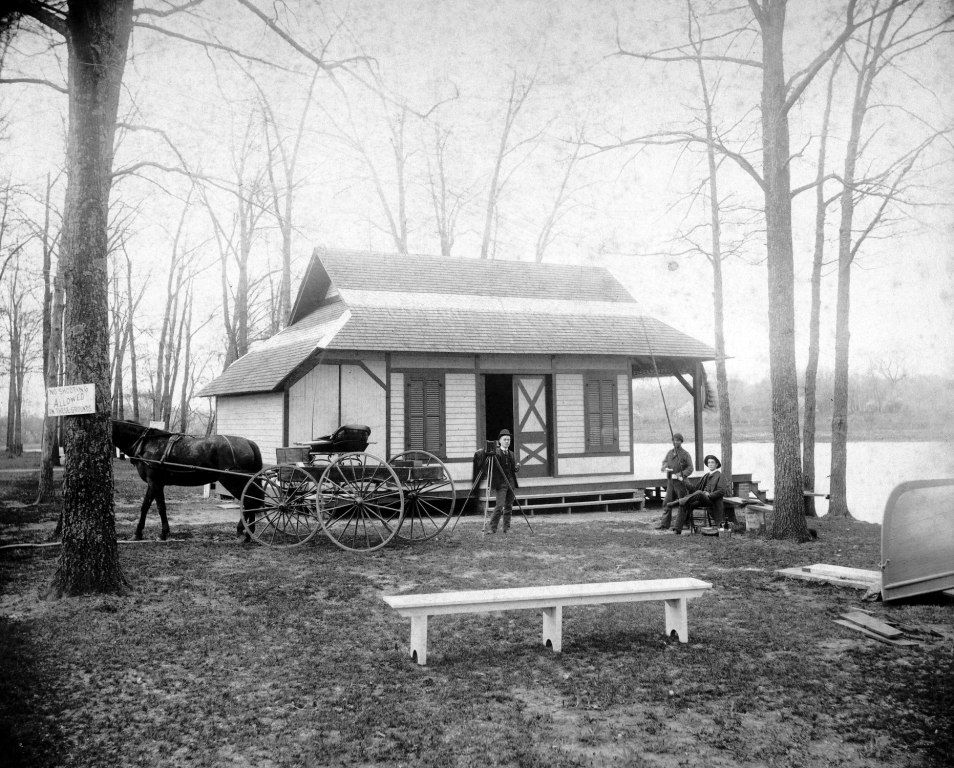 When most Sangamon County residents hear the name “Clear Lake,” they think of the avenue or township. However, the body of water that gave these places their names has a rich history all its own.

Clear Lake itself is about five miles east of Springfield, one mile south of Riverton and one-half mile east of the Sangamon River. It was originally a long, narrow lake.

Civil War-era Camp Butler’s training and mustering grounds were on the banks of and close to Clear Lake. As an isolated, sand-bottom lake, it provided relatively clean water for the troops and horses. Today’s Camp Butler National Cemetery is four miles northeast of Clear Lake.

After the Civil War and before Lake Springfield was built in the 1930s, Clear Lake was a center of recreational activities for Springfield and the surrounding areas. Picnicking, boating and fishing were just a few of the activities. The Illinois Traction System had a stop at Clear Lake, and, coming from Springfield, a covered bridge allowed you to cross the Sangamon River.

The Springfield Fishing Club, whose members included many prominent residents, had its clubhouse on the Lake. John Vaughn recalled the club in his column, “A Handful o’ Sorts,” on May 12, 1922.

The great event of the Springfield Fishing club each year was the fish-fry. It was attended by large numbers of guests, not only from Springfield, but from other points. Clear Lake and the nearby river yielded sufficient fish in the early days of the club, but later the supply was augmented with fish from Havana or Beardstown. ….

As Clear Lake began to fill, following removal from timber on the high land east of it, thought of maintaining it as a fish preserve was abandoned, but for many years its fishing afforded more or less sport for members of the club. The name of the organization was not by any means a misnomer. The membership boasted several expert anglers.

Interest in fishing and other recreation at Clear Lake waned after Springfield developed its own lake and other parks.

With the abundance of sand in the area and the growth of Springfield, it was almost inevitable that this natural resource would eventually be utilized. The Clear Lake Sand and Gravel Company owned Clear Lake for many years. The quarrying operation greatly increased the size of the lake, leaving it almost double its original size.

The area including the lake was purchased by the city of Springfield in 2009 as a possible back-up water supply in case of drought. The city completed test pumping, but the idea of using Clear Lake to  supplement water from Lake Springfield was on hold as of mid-2014.

Fishermen, being a resilient sort, still have a club on the lake. It is now known as the SpringRiver Club, possibly in recognition of the fact that members come from both the Springfield and Riverton areas.