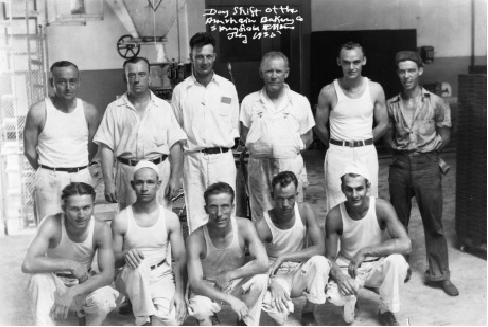 Amrhein Bakery, founded in 1888 by Christoph Amrhein (1864-1935) operated first from a shop in downtown Springfield, but moved to Eighth Street and North Grand Avenue a few years later.

Business grew to the point that Amrhein built a large bakery building at 2001 Clear Lake Ave. in 1929. Amrhein became a distributor of Holsum Bread in the late 1930s.

Amrhein was sold to Purity Bakery of Decatur and closed in 1973. The Amrhein/Holsum building was demolished in 2012.

This entry was posted in Business, Industry and tagged Bakery. Bookmark the permalink.