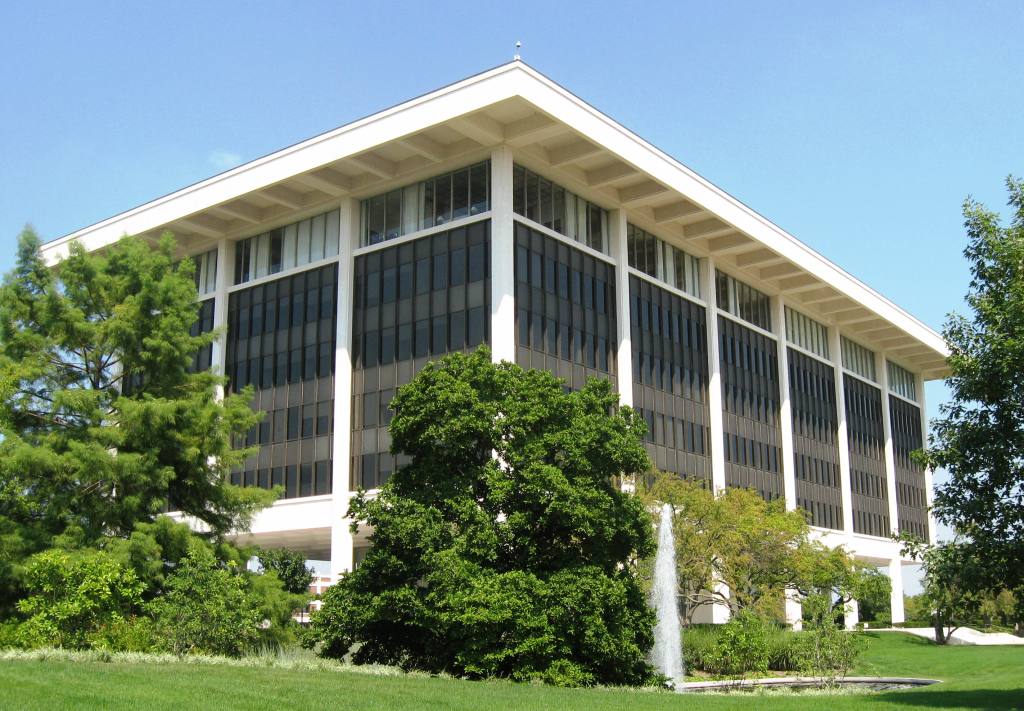 As of 2021, the company offered auto, homeowners, disability and life insurance, retirement annuities and other financial products. It  reported $12 billion in assets that year. Horace Mann had 1,100 employees in 2011.

Horace Mann was taken over by INA Corp. in 1975 and then became part of CIGNA in 1982. However, Horace Mann president Paul Kardos led a management buyout in 1989, and the company remained independent in 2013.  A business history of Horace Mann through the late 1990s is available here.

Horace Mann has been headquartered in Springfield since its founding, occupying a two-square-block site between Seventh, Ninth, Jefferson and Washington streets since 1972. The six-story Horace Mann building, which was extensively rehabilitated in 2011-12, was designed by Minoru Yamasaki, who also drew up the plans for the former World Trade Center in New York City.

This entry was posted in Business, Education, Prominent figures. Bookmark the permalink.