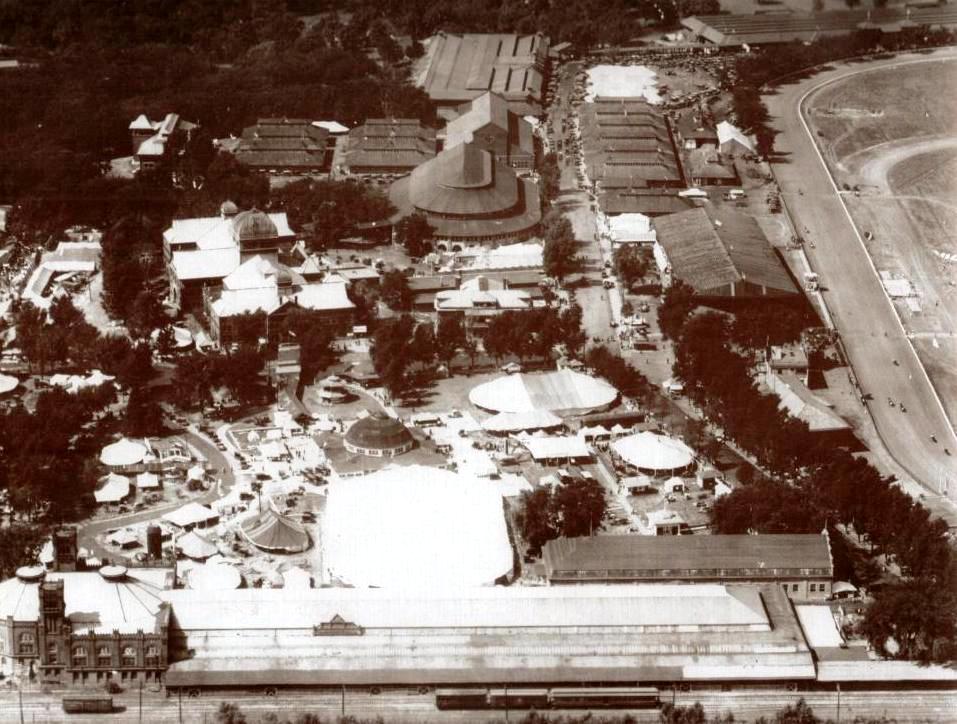 Existing fairgrounds buildings and their construction dates include: