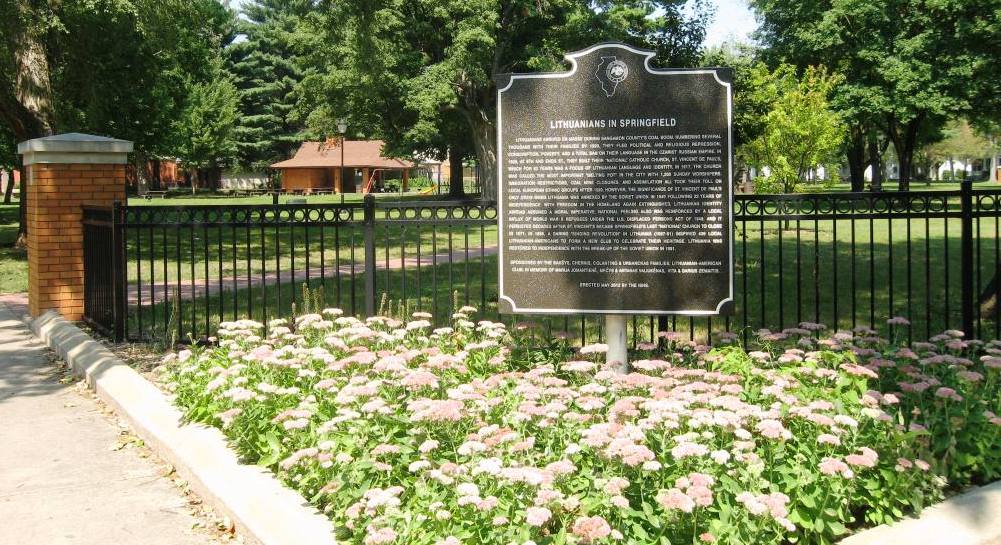 Drawn by coal mine jobs, several thousand Lithuanians emigrated to Sangamon County in the late 19th and early 20th centuries. Enough of the immigrants had arrived by 1908 that they laid the cornerstone for  their own national Catholic church, St. Vincent de Paul, at Eighth Street and Enos Avenue

“For 63 years this church served as a focus of the Lithuanian language and identity, swelling to 1,200 worshipers in 1917,” according to the website lithspringfield.com.

Lithuanians assimilated over the decades, and St. Vincent de Paul Church closed in 1971. However, the Lithuanian-American Club remained active. The club sponsored erection of a memorial to those early immigrants that was installed at the southwest corner of Enos Park, Seventh and Enterprise streets, in 2012.

This entry was posted in Churches, Coal mines and mining, Ethnic groups, Lithuanians and tagged Enos Park. Bookmark the permalink.