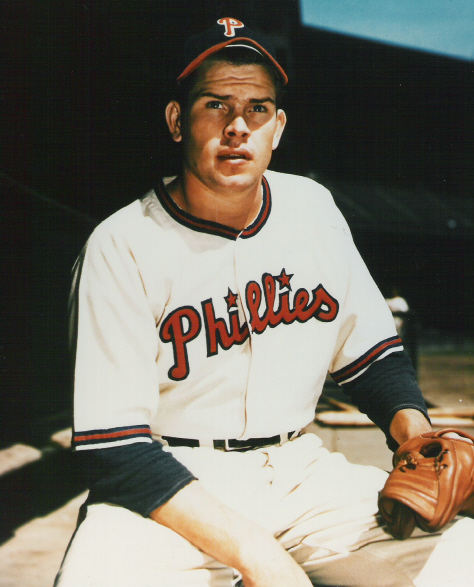 Springfield native Robin Roberts (1926-2010)was the best pitcher in major league baseball from 1950 to 1955, winning 20 games for the Philadelphia Phillies for six consecutive seasons.

Following his active career, he played a major role in the hiring of Marvin Miller as executive director of the Major League Baseball Players Association and served on the board of directors of the Baseball Hall of Fame and the Ballplayers’ Assistance Fund.

As a youth, Roberts was a multi-sport star athlete at Lanphier High School and then at Michigan State University. He learned the craft of pitching playing for coach Ray Fisher in a semipro team based in Montpelier, Vt.

This entry was posted in Prominent figures, Sports and recreation and tagged baseball, Lanphier High School. Bookmark the permalink.