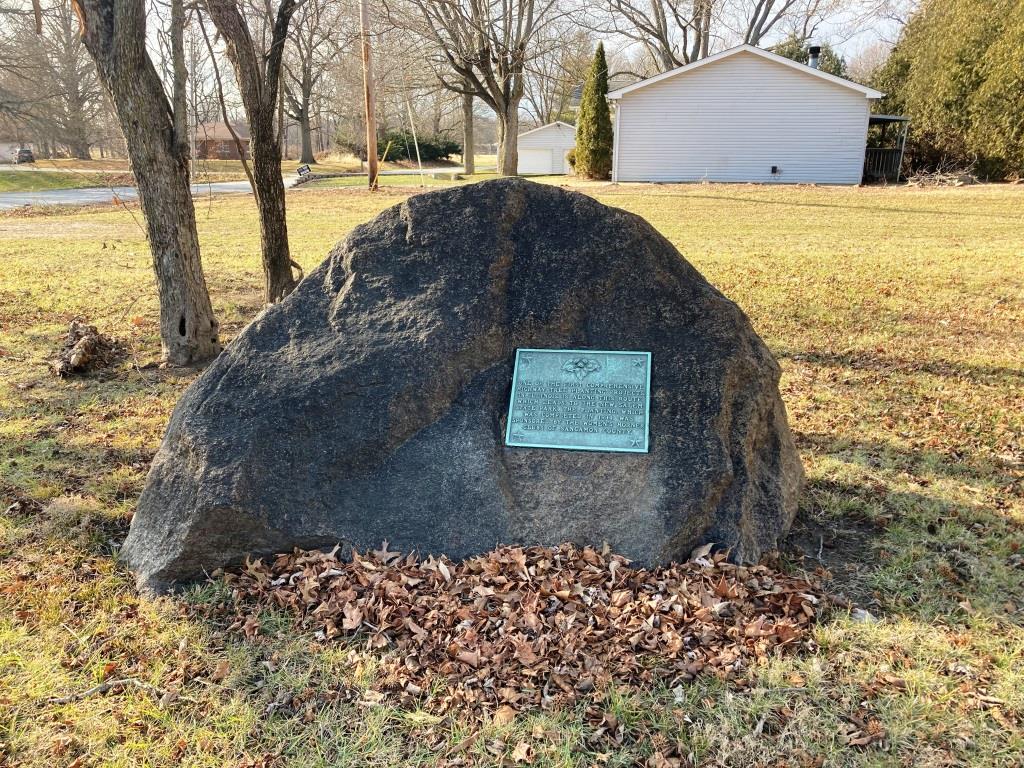 The Horner Highway north of Springfield was one of the first examples of natural highway beautification in the nation.

In addition to serving as governor from 1933 until his death in 1940, Horner (1878-1940) was a leading collector of memorabilia related to Abraham Lincoln. Horner’s collection, which he bequeathed to the people of Illinois, became the foundation for the Lincoln collection at the former Illinois State Historical Library. It’s now held by the Abraham Lincoln Presidential Library.

The Horner Highway was planned partly to recognize Horner’s interest in Lincoln, connecting Oak Ridge Cemetery, site of Lincoln’s tomb, with what is today Lincoln’s New Salem State Historic Site. The road from Athens to New Salem, however, was never formally incorporated into Horner Highway.

The name “Horner Highway” was the brainchild of the Women’s Horner Clubs of Sangamon County. The clubs were founded, as the name suggests, to support Horner’s election in 1932 and his subsequent re-election efforts, and the club network was active throughout most of Illinois outside Chicago. An Executive Mansion reception in June 1935 drew women from Horner Clubs in more than 50 counties, including representatives of 32 clubs from Sangamon County alone.

The main organizer seems to have been Mae Feldkamp (1869-1944) of Springfield, described in her obituary as an “employee of the state sales tax division and a Democratic party worker.”

The clubs began pushing to name the highway after Horner when the section of road  was paved with concrete in 1933. The new pavement opened that August, in time for the Illinois State Fair. The clubs also helped convince the state to plant thousands of trees along the road.

In 1934, the Illinois State Journal reported that the new trees and shrubs had survived a summer drought.

The planting program pursued along the eleven-mile extent of this highway was completed recently by the state, after the project had been expedited by cooperation of the Sangamon County Women’s Horner clubs, members of which secured the consent of property owners along the right-of-way.

“That road, from Walnut Street north to Illinois 124 on the far side of Cantrall, … was landscaped very heavily by the Department of Public Works and Buildings,” Henry Scheer, a former state highway maintenance engineer, told State Journal-Register reporter Andy Lindstrom in 1978. “(T)hat road was a showplace for quite a while.”

Scheer credited Robert Kingery, director of the department under Horner, for what Lindstrom called “a prematurely daring attempt at modern conservation practices.”

“Kingery was director for only a couple of years,” Scheer said. “But during that time he stopped maintenance men from cutting brush along the highways, and he tried to let the native growth come up along the roads.

“Horner Highway was the first project like that in Illinois and one of the first in the whole country. Kingery also gave plaques to county farmers who kept up their houses. That was all before the ‘Keep America Beautiful’ programs ever got started.”

The Horner Clubs’ name proposal was a success, at least for a while. Although the roadway was officially designated Illinois 29 beginning in 1940, newspaper articles and advertisements commonly called that section “Horner Highway” well into the 1950s.

The beautification effort also took root, although Lindstrom wrote that many of the trees planted in the 1930s fell victim finally to central Illinois’ Easter ice storm of 1978.

The most visible remaining relic of Horner Highway is a large granite boulder bearing a plaque at the intersection of Illinois 29 with Jeffries Road just north of the Sangamon River. The plaque reads:

One of the first comprehensive tree planting projects in Illinois is along this route which leads to the New Salem State Park. The planting, which was completed in 1934, was sponsored by the Women’s Horner Clubs of Sangamon County.

Note: This entry has been edited to clarify the significance of Gov. Horner’s Lincoln collection.