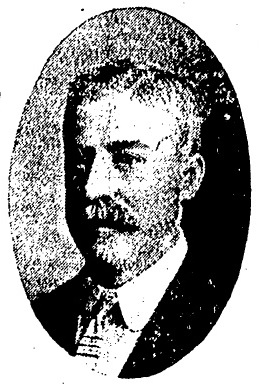 Illinois had regulated hunting since 1853, when the state made it unlawful “for any person to kill prairie chicken, quail, woodcock, &c, between January 1st and July 1st.” Over the next 50 years, legislators gradually tightened the rules to protect more species, increase fines and limit sales of wild game. Bird and animal populations continued to fall, however, due to habitat loss and depredations by commercial “pot hunters.”

In 1895, state game warden C.H. Blou sought legislation to establish a uniform hunting season statewide and protect bird breeding populations. The Illinois State Journal reported another section of the proposal, “which will probably meet with much objection … provides that a license of $2 must be taken out be every on who goes hunting.” The paper added:

The bill also provides that game shall not be sold before the fifth day after the opening of the season and not after the fifth day preceding the closing of the season. By this means it is hoped to check the illegal killing of game before the first day of the open season and to have none on hand when the season closes. It also gives those residents of the state who cannot find time to shoot a chance to eat some of the game which would be denied them if the sale of game was prohibited entirely.

Blou’s plan failed, but debate continued – to the extent that in 1899, state Sen. Henry Begole of Belleville proposed a five-year suspension of all hunting in Illinois, the idea being to give game populations a chance to rebound. That also failed.

Illinois began requiring out-of-state hunters to obtain hunting licenses in 1900. (One of the first nonresident hunters to obtain a license was former President Benjamin Harrison, who went duck hunting near Havana in March 1900. The license was supposed to cost $10, but Secretary of State James Rose waived the fee for Harrison.)

In 1901, “Illinois imposed a ‘temporary’ moratorium on deer hunting to last five years so the populations could recover and increase,” according to the website of the Illinois Department of Natural Resources. “Rather than increase, however, the population continued to decline throughout the state. For all practical purposes, the white-tailed deer disappeared from Illinois. The ‘temporary’ closure lasted 56 years.”

In 1903, conservationists formed a coalition with farmers, who wanted stronger laws against hunters trespassing on their fields. The resulting law required licenses for Illinois residents as well as out-of-staters, except for farmers hunting on their own land. In Sangamon County, a license cost $1.35, $1 of which went to the state to pay for conservation enforcement.

The law also broke ground in other areas. It set up a system of 10 enforcement districts, each headed by a game warden with one or more assistant wardens in each county. The deer hunting moratorium was extended, and the new law created five-year bans on hunting of wild turkey, pheasant and partridge.

Horace Rearden obtained his hunting license through the Sangamon County clerk’s office on June 11, 1903. “The license is unique,” the Illinois State Journal said in its story. “It contains the age, height, weight, color of eyes, color of hair, etc., of the holder.”

Rearden (1858-1931) was the former superintendent of the Chicago, Peoria and St. Louis railroad. He later would go into insurance sales. He also was an avid hunter and an organizer and president of the Grand Island Lodge, a hunting club on the Illinois River.

Once the hunting license law was enacted, Rearden signed on as one of the state’s 10 game wardens.

After a tour of his 18-county central Illinois district in August 1903, Rearden wrote in the Journal that people were enthusiastic about the new law. Twelve thousand licenses were issued statewide in July, the first month the requirement was in effect, even though, Rearden noted, no one could legally hunt before Sept. 1.

The unqualified approval the people is giving the new game law is extremely gratifying, … especially to the sportsmen of the state who are personally interested in game protection. The hunters’ license feature, which met with such strong opposition in the legislature and which certain representatives said would seriously injure them with their farmer friends, is, if anything the most popular section in the law, and the farmers and their boys are taking out more licenses than any other class. In all my rounds of ten counties just visited, I did not hear one single “kick” by farmers.

Rearden hunted all over the U.S. and Canada, where he owned land. Following an expedition to Alberta, Canada, in 1904, he brought back a six-week-old black bear cub as a pet. He kept the bear in the stables of the Leland Hotel. “The cub is very playful and takes great delight in wrestling with his master,” the Journal said.

Some years ago, Mr. Rearden returned from a visit to the (Illinois) river, thoroughly disgusted with what he had witnessed during a day spent at one of the shooting clubs. He encountered the late Dr. N.S. Penick, who evidenced an interest.

“I have often thought,” said Dr. Penick, “that I would like to take up hunting.”

“You can take my place,” said Mr. Rearden.

He meant it. The next day, the doctor received Mr. Rearden’s duck-shooting outfit. The circumstance that the hunting-coat was several sizes too small for a man of Dr. Penick’s ample proportions in no wise detracted from the seriousness of Mr. Rearden’s offer. Perhaps he had occasion to smile over the incongruity later, but at the time he was very much in earnest.

This entry was posted in Amusements, Animals, Prominent figures, Sports and recreation. Bookmark the permalink.