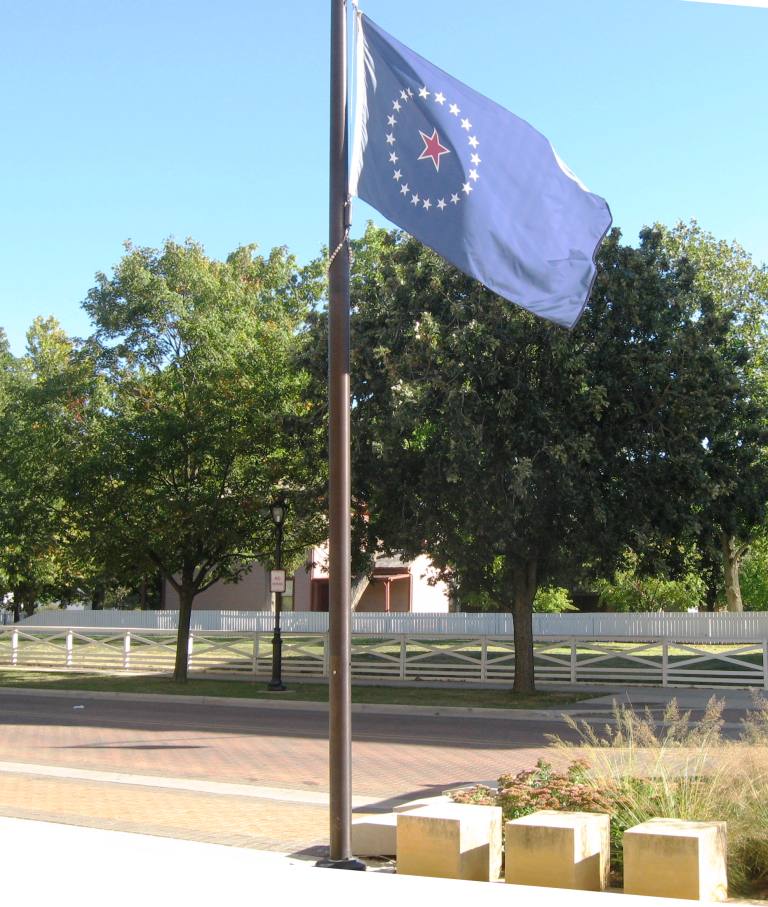 Springfield’s city flag was adopted in 1917. Local resident S.T. Wallace won a contest to design the flag, taking a $100 prize in the process.  Poet Vachel Lindsay both proposed the contest and donated the cash award.

The 20 stars encircling the larger white and red stars represent the states admitted to the union before Illinois. The white star represents Illinois, and the red star within it Springfield. (The red star was not part of Wallace’s proposal; it was added by the eight members of the Illinois Art Commission who judged the contest, among them famed sculptor Lorado Taft).

Two runner-up designs were rejected because of “lack of knowledge of the rules of heraldry,” according to the Aug. 11, 1917 Illinois State Journal. ” (T)he placing of a star is a very particular matter.”

The flag was presented to city officials in a ceremony at Edwards Place that November. The program included Lindsay’s recitation of his “Springfield Magical” poem, beginning:

On this the City of my Discontent
Sometimes there comes a whisper from the grass.
Romance — Romance — is here.

This entry was posted in Lindsay, Vachel, Local government, Springfield. Bookmark the permalink.