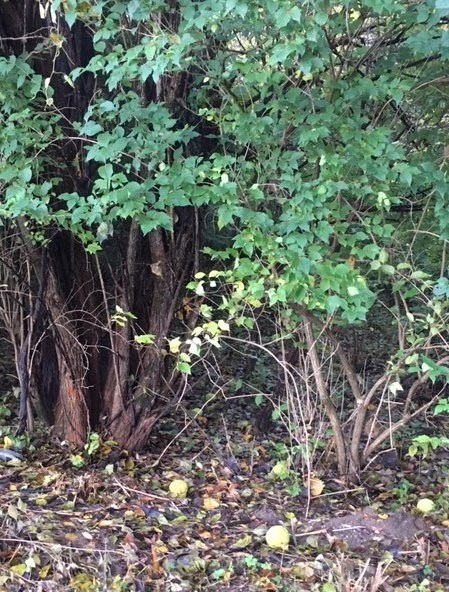 The heyday of living fences on farms lasted less than 30 years. But Osage orange trees, descendants of fencerows planted as early as the 1840s, still line country roads and fill hedge lines throughout central Illinois.

As the name suggests, the Osage orange (also known as the hedge apple, Osage apple, horse apple and Bois d’Arc) originated farther west in Oklahoma, Arkansas and Texas. But farmers in Illinois were among the first to use thickly planted Osage orange barriers to keep their animals out of their crops, and hedge fences quickly spread throughout the other prairie states.

Illinois’ leadership was largely due to Jonathan Baldwin Turner of Jacksonville. Turner, a professor at Illinois College, an abolitionist and an agricultural innovator, was the Osage orange’s most prominent researcher and advocate. Turner regularly counseled Sangamon County farmers by letter on how to plant, grow and maintain their living fences.

Prior to barbed wire, Osage orange hedges were the best fences available to Midwestern farmers,  according to the National Forest Service at Midewin National Tallgrass Prairie,

Osage orange tolerates poor soil, extreme heat, strong winds, is easily transplanted, and has relatively few insect or disease problems. Young trees and new growth on trees have sharp one-half-to-1-inch thorns. Thorns, its dense growth when pruned, and its ability to survive extreme conditions are the reasons this tree came to the prairie.

Settlers needed to keep their livestock away from their crops and the railroad tracks. On the prairie, trees were scarce and wood was a precious commodity. Building fencing to contain cattle was an expensive proposition. Split rail fences were expensive, $500 per mile. A prairie fire would easily destroy the costly fencing, sending all a farmer’s hard work and money up in smoke. Wire fencing at the time was brittle, not galvanized, causing the wire to rust and easily break. …

Osage orange trees grown closely together and pruned were considered “bull strong, hog tight, and horse high”. This meant a bull couldn’t push through the thorns, a hog could not get through the tight growth, and a horse could not jump over it.

The first Osage orange tree in Springfield apparently grew what was known as the Mather property (the site of today’s Statehouse). An Osage orange promoter named M.W. Whittenberg referred to it in an advertisement published in the March 10, 1848, Illinois State Journal. Whittenberg was offering Osage orange seed for sale at the S.M. Tinsley and John Niccolls stores. Part of the ad (which was headlined “Hedge fence”) read:

I am surprised to see that the Illinois farmers are paying so little attention to the cultivation of the Osage Orange or Bois d’Arc hedge. It is one of the greatest things that has ever been tried.

There is a hedge some fifty miles above Beardstown, three years old, now sufficient to turn any kind of stock. There is one bush of the Bois d‘Arc growing in the grounds of Col. Mather, in Springfield, which any person can examine by going to his garden. I have within a few days cut a shoot from Col. Mather’s bush of the Osage Orange, of the last year’s growth, six feet in length.

Farmers! Look to your interest! 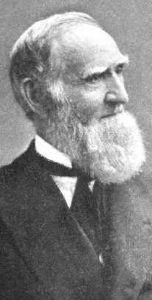 Turner himself wrote the Journal the next month to tell farmers not to try planting an Osage orange hedgerow by seed. The proper approach, he wrote, was to plant the seeds in a nursery and later transplant the seedlings where fences were needed.

Those who have seed to sell should either sell it to nursery men, or sow it themselves; and not induce the farmers to scatter it about their fields until they have more knowledge on the subject than they now possess. …

Prepared and managed in this way, all our farmers may easily procure hedges that will, in many cases, double the value of the lands they surround.

However, Turner also warned that building a hedge fence was an expensive proposition – 20 to 40 cents per rod (16½ feet) “including all cost and trouble” for a basic stock fence, up to $1-$2 a rod around orchards and “the most valuable grounds” – and it took three years for a hedge to grow to useful size.

It wasn’t cheap to keep a hedge barrier in shape, either. The trees had to be pruned every year – ideal fencerow height was three to five feet – and that was a struggle, considering the Osage orange’s dense wood and long thorns. “Gangs of hedge cutters traveled the state using sharp scythes to keep the trees short and encourage new growth which is where the thorns occur,” the Forest Service says.

But farmers had few alternatives, so Osage orange fences ruled the prairies for more than two decades. In 1851, only three years after Springfield had only a single Osage orange tree, the Cottage Garden nursery (east and north of what now is 13th and Washington streets) advertised that it had “50,000 OSAGE ORANGE PLANTS for hedges, some of which are strong plants, two years old” (capitalization in original).

When barbed wire came on the market in the 1870s, though, farmers were quick to abandon their living fences. Barbed wire was priced very competitively, at 20 cents or so per rod for a single line, and it was far more convenient to install. Once up, barbed wire needed almost no maintenance.

“Enough of the material to fence 160 acres may be carried in a common buggy,” a correspondent from DeKalb wrote the Journal in 1875, “and two men can put it up in two days.”

Osage orange continued to play a role in country fences, however. Even as deadwood, Osage orange is highly rot-resistant, and many farmers simply chopped down their old hedges and used the wood as posts to support their new barbed wire.

Footnote: In 1878, Springfield-based U.S. Judge Samuel Treat issued one of the important early decisions in a long-running battle over who owned the patents to several barbed-wire innovations. Treat ruled in favor of two manufacturers, Washburn & Moen of Massachusetts and I.L. Ellwood Co. of DeKalb, in saying a rival Bushnell, Ill., company had infringed on the plaintiffs’ patents.

In its story on Treat’s ruling, the Journal added:

As this barbed wire fencing has come into very general use, and its manufacture has become an extensive and profitable business, this decision … is of no little importance to the community.

This entry was posted in Agriculture, Farming. Bookmark the permalink.